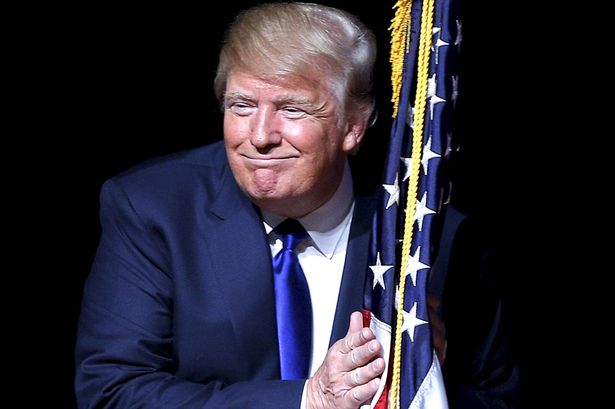 Does Donald Trump’s hair actually gives him more of an even chance of winning the election?

The race for to be the new president of the United states is really in full swing now. It has moved on from the candidates stating their allegiance to the stars and stripes and trundling on for hours about how they are going to change the constitution. Now the elections are here and we are beginning to see clear leaders.

And that’s why it has got just a little bit scary.

The man who was certainly never meant to be king is looking now as if he has certainly got a fair chance of winning. Donald Trump has attracted a fair amount of mixed reviews. There is no doubt that he is definitely winning votes from the far left and extremists, and poorer communities in America who are just fed up with their lot. But for the majority of the American community he  is a clown, a business failure, a liar, a cheat and some even see him as having racist connections.

So has Trump really got a chance of winning the elections? How can we make an informed prediction?

Well, we can look at his hair…

In a previous blog here on Skalp Micro Pigmentation we discussed Mr Trump’s unique hairstyle. The fact that it seems to have a mind of its own and at times seems even to defy the laws of gravity. A neat trick, but he isn’t going to win any beauty contests. It has also given him a fair bit of publicity and any publicity is good publicity as they say.

And hair, believe it or not, is an important factor to the American electorate apparently. They do not like bald presidents. That’s right – a bald president, or balding president has not been voted into the White House since Dwight D. Eisenhower who was sworn in in 1953. Gerald ford took Nixon’s place in 1974 but he wasn’t elected he came to power through his predecessor’s impeachment.

The people get what the candidate they deserve

This is a worrying trend which is not so much about the people being elected, as the standards the American electorate – whether consciously or sub-consciously – are most impressed by. It does beg the question –  as far as the electorate is concerned, does it matter what garbage comes out of the candidate’s mouths as long as they look the part? Is this about America’s need for apple pie physical perfection?

Donald Trump certainly knows how to whip up publicity and he has used both his negative and positive points to get to where he is today. As much as so many people revile him, there is no doubt that if he is getting votes he is hitting the right note somewhere. But it is more likely he has targeted the lowest common dominator and is flying along on people’s anger and fears when beneath all that marketing bluster he has absolutely nothing to offer.

As it often is with the US elections, it is a case of voting for the lesser of two evils. My advice to Hilary Clinton is – whatever you do, don’t shave your head…

Skalp Micro Pigmentation offers a great service for people struggling with hair loss or who just want to join the bald fashion trend and look their very best. Trained practitioners apply pigments to the scalp so it appears as if you have a full head of hair – but cut fashionably short.

Our customers are often amazed by the results, and we are proud to receive their glowing feedback. We have an amazing 4.9 rating on Trustpilot (not many companies can say the same). You can also check out some of the five-star customer reviews on our website.

Get in touch today to book a free consultation to find out more about the service and how it can help you. Send us a message here or contact one of our clinics directly.

Receding Hairline In Your 20’s?