10 hair stylists who will go down in history 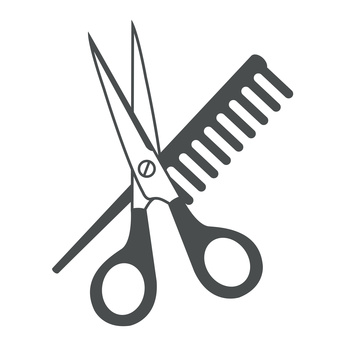 10 hair stylists who will go down in history

Every profession has those few unique individuals who are so far ahead of their nearest competition that they become household names and a benchmark for standards, innovation and creativity. Hair styling is rich in these unique men and women who have brought new insight, imagination and extraordinary skills to the world of hair care. In their own way they have made new ground by breaking down old barriers, daring to be different and creating new trends and fashions.

This little list has been taken from a great list put forward by Modern salon. These are our top ten hair stylists:

Let’s step back three centuries in time to meet this guy. As a hair stylist, his most important client was Marie Antoinette in the 18th century. Some of his creations were up to three feet high and creativity often bordered on the bizarre, as all kinds of objects were often part of the design such as French naval vessels, fruit, and even live animals.

This guy could be said to have been the first in the 1960’s to gain “first-name” fame. He was linked with such big names in the flower power decade as Marilyn Monroe, Jackie Kennedy, Lauren Bacall and Audrey Hepburn.

This lady focussed primarily on African-American hair and was the first salon owner in the US to offer advance curly hair techniques. She also pioneered the first black-hair advanced training academy.

Highly sought after today, Gilbert provides innovative and sparkling designs for film, advertising, editorial campaigns, and magazine covers. She remains one of the few women to lead teams at fashion shows around the world as she attempts to push her craft to the next level.

Salon owner and creative director of the Dessange Organization of 600 salons, the Parisian stylist, known for his haute couture cuts, had an impressive celebrity list, including Brigitte Bardot, Jodie Foster, Jessica Lange and Raquel Welch.

This American guy’s claim to fame in the early 1990’s was to create the first -ever hair care line exclusively for men: American Crew products.

This British guy is an icon to many young hairdressers today. Creator of the wedge-cut and four-time British hairdresser of the year, he was awarded the MBE in 2004.

This hair stylist’s name may not immediately ring bells, but the movie “Shampoo” was based on his life. Born in the poor back streets of LA, he rose to be a true passionate genius in the world of hairstyling.

Nicky Clarke is a very English hair stylist who has earned an OBE, has numerous hair salons around London and is particularly well-known for being first choice for rich celebrities.

Probably the most well-known hair stylist of all, Vidal Sassoon (CBE) became famous when he created the Bob-cut worn by famous fashion designers such as Mary Quant and film stars such as Mia Farrow, Goldie Hawn and Cameron Diaz.

Scalp Micro Pigmentation is a great service for people struggling with hair loss or who just want to join the bald fashion trend and look their very best. Trained practitioners apply pigments to the scalp so it appears as if you have a full head of hair – but cut fashionably short.