International Men’s Day Is Next Month – What Does It Stand For? 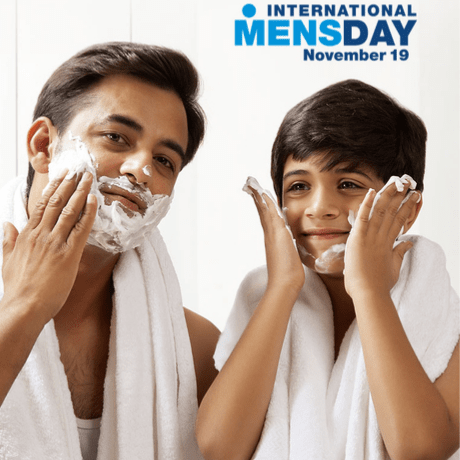 As we approach the end of the summer, we are slowly drawing closer to International Men’s Day. Some people are confused as to what this day is supposed to represent. Others do not even know it exists at all. So what is International Men’s Day and when does it take place? Read on to find out everything you need to know.

What is International Men’s Day?

International Men’s Day is intended to celebrate the many positive values men offer to their families, local communities and the world at large.

It serves to highlight positive male role models as well as raising awareness of men’s well-being. This brings into focus important topics such as mental health, the prevalence of male suicide and problems associated with toxic masculinity.

The day also coincides with Movember. This is a month that encourages men to grow their facial hair to promote discussions about men’s health. In particular this helps to remove barriers when it comes to talking about prostate cancer and testicular cancer.

International Men’s Day also creates a platform to highlight the many men who are good partners, fathers and brothers and who inspire younger children through their everyday actions. The event is celebrated every year on November 19th. The reason for this is because it falls on the same day of the father of Dr Jerome Teelucksingh. He was the Trinidad and Toboggan doctor who relaunched the celebration back in 1999.

It was actually first conceived in February of 1991 and inaugurated one year later during the same month. When Dr Teelucksingh resurrected the idea 7 years later, he didn’t want it to act as competition to International Women’s Day. His vision was much broader than petty gender squabbles. His aim was to focus on some of the sensitive topics that men often avoid talking about.

International Men’s Day also raises other big issues that affect men around the world. This includes things like hunger, homelessness, poverty, mass imprisonment, parental alienation and ethnic and any religious intolerance they may suffer. By discussing this subjects with men, the hope is to encourage males of all ages to enjoy more productive, healthier and longer lives.

“The concept and themes of International Men’s Day are designed to give hope to the depressed, faith to the lonely, comfort to the broken-hearted, transcend barriers, eliminate stereotypes and create a more caring humanity.” 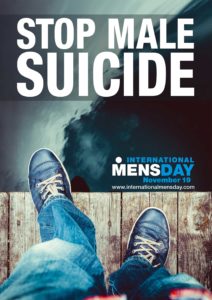 At Skalp we pay close attention to International Men’s Day. That’s because we deal with one of the biggest issues facing men of all ages. Hair loss can occur at any point during your life and men are far more susceptible to it than women. While it tends to happen to middle-aged men, it can also occur when they are much younger.

Whenever hair loss starts it can have a hugely damaging effect on your confidence. This can lead to depression and more severe mental health issues as a result. Going bald is an extremely sensitive topic and it’s important that men feel free enough to raise the subject without facing ridicule.

Of course, not all of these subjects are exclusive to men. But by encouraging discussion it will hopefully lead to a more empathetic and open understanding about gender.

Why Stoptober Is So Important – Mens Health Quitting Smoking

How To Deal With Hair Loss Related Anxiety For Men