Just what is Black Friday? 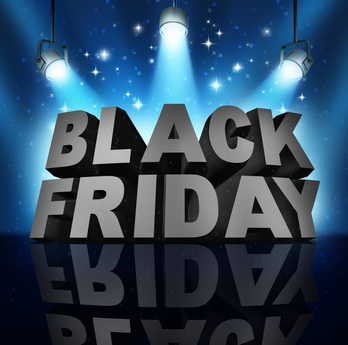 If you haven’t noticed already – Black Friday has arrived. A little difficult to miss, it is suddenly taking over our television screens, newspapers, magazines and web pages. But where did it come from? Why is it “Black”? And do we really need it here in the UK?

Great saving from the US

Black Friday is another cult concept which has drifted to the UK from over the pond. I say drifted – last year it was hardly taken seriously – this year it has expanded into a whole black Friday weekend!

Overall the idea of Black Friday seems great. All the big stores are slashing their prices before Xmas which means we can all make a killing at the most expensive time of the year. In the US it is fundamentally linked to Thanksgiving day which is, in many ways, seen more important than Xmas to our American cousins. So it is a little like the sales we get on boxing day.

But if we don’t celebrate Thanksgiving day in the UK (it is primarily for remembering how the Plymouth Pilgrims survived and endured their first Winter in New England), why is Black Friday becoming so important over here?

The fact is in the UK it has a clear link with Xmas for retailers and consumers. Thanksgiving is always on the third Thursday of November which means Black Friday tends to occur very near the end of the month – or when workers get their last salary cheque before the December festivities. Also – as already stated isn’t it better to buy your Xmas stuff at a discount rather than after the fact?

The truth behind Black Friday

There are one or two myths about where the term Black Friday comes from. The first recorded use was in 1869 to describe a financial crisis – the crash of the US gold market in September of that year. The most common myth is the one that states it is when retailers in the “red” finally went into the “black” after Thanksgiving – due to the fact that holiday shoppers were spending so much money.

But the truth is a little more sobering. In Philadelphia in the 1950’s the city Police used the term to describe the chaos which ensued the day after Thanksgiving when shoppers and tourists flooded the city in advance of the big Army–Navy football game held on the Saturday. Retailers quickly caught on with this chance of increasing sales and as fast as the idea caught on, it did not really go national until 1985, when the term was reinvented by merchandisers to have a positive rather than a negative connotation for consumers.

But be careful this weekend – Black Friday has caused traumatic incidents in the panic it creates. For instance, in 2008, a long Island Walmart worker was trampled to death.

Just to let you know the US has another surprise up its sleeve. Cyber Monday. Next year maybe?