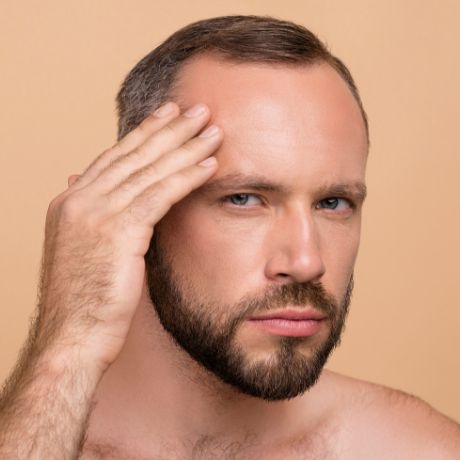 Since the mid-to-late 90s, male grooming has become increasingly popular. Treatments for men that would at one time be dismissed as too feminine are now the norm. Attitudes have changed a lot, and like women, men can now confidentiality admit that looking good makes them feel good. So what are the most popular cosmetic treatments for men today? Read on to find out more.

Everyone wants a Hollywood smile and that includes men. Tooth whitening has become of the most popular cosmetic treatments today, due to the vastly improved bleaching process which is now affordable to more people than ever. The estimated size of the UK cosmetic dentistry market is £2bn – with teeth whitening accounting for an ever growing proportion of that number.

To smooth out and diminish facial wrinkles and fine lines, these cosmetic injectables have remained the go-to solution for quite some time. Men often use them to treat crow’s feet around the eyes and to manage frown lines. A few of these non-surgical injections can quickly work their magic to make you look well-rested and younger.

Rhinoplasty is the medical term for a nose job. There are generally two kinds available: reconstructive surgery and cosmetic surgery to improve its appearance. Depending on the work required, there are also non-surgical options available. Undergoing a rhinoplasty procedure can fill-in depressions, address bumps and also improve general breathing.

One of the biggest fears for both men and women is developing a turkey neck as they get older. For men in particular it can make them look wide and heavier, which is not a look anyone wants to get used to. A neck lift may be able to remove a double chin, form a stronger jawline, lengthen the neck and generally make a man look slimmer.

This involves surgery to either the upper or lower eyelid to remove excess skin, while also lifting droopy lids. It can also be used to target fat underneath the eyes so men look more awake and brighter. Because there is minimal scarring involved with this treatment, it reduces the signs of plastic surgery, which is why it is so popular with men.

Liposuction is a treatment that has been around for quite some time and is becoming increasingly popular with younger men. If they have exercise resistant fat on their flanks and abdomen this could be a solution worth investigating. It’s completely safe and works as a body-contouring treatment to create a more sculpted torso and an all-round leaner look.

Many men view a strong chin as a sign of masculinity. Men with a chin that is less prominent turn to this treatment to alter the size and contour of the chin to strengthen its structure. In many cases, men undergo the treatment along with rhinoplasty. This is to ensure there is balance to the facial features. That’s because a larger chin may not look balanced against a smaller nose and vice versa.