Cancer remains one of the world’s most feared illnesses. As scientists continue to make astonishing breakthroughs in finding new methods to prevent it, diagnose it and treat it, there has also been heartening news about how the side effects of treatment can be dealt with – specifically hair loss.

The symptoms and prognosis of this illness is hard enough to live with, when treatments also cause further debilitating illnesses it makes it even harder for the sufferer to find the strength and motivation to fight it, so we feel any technique to lessen the ferocity of chemotherapy has got to be positive.

But there has also got to be positive evidence that it does not interfere with overall cancer treatment itself. So please read both sides of this argument.

The treatment here is called scalp cooling. Chemotherapy works by attacking dividing cells – this includes hair follicles. The cooling cap constricts the blood vessels leading to the follicles and so reduces the amount of chemo drugs reaching the scalp. Different designs are used throughout the world but in Europe the traditional method is to use a cap which has been cooled in a freezer or by using dry ice (called a Penguin Cold Cap).

The scalp needs to be cooled to the appropriate temperature before chemotherapy begins and then they are worn during the chemotherapy treatment. It is likely the caps will need to be changed during treatment to keep the cap at the right temperature and then left on the head for 3-4 hours after the chemo has taken place. Patients state that the coldness from the cap can hurt at first but you get used to it but it is also helpful to know that the manufacturer of Penguin says there is an 86% success rate

However there are doctors who actually question the cooling caps use. Some doctors question why you would want to add further pain to the chemotherapy process when it is already a treatment feared because of the pain involved. This point of view is intensified when it is clear that hair loss during chemotherapy is temporary. After treatment is completed – your hair will grow back anyway.

Sufferers have stated that the fact that they do not have to worry about how they present is a great plus. They also feel it is easier for their family to handle the overall problems of the illness.

Perhaps more importantly though a US Doctor from Allhegeny Health Network (Dr Helen Analo) has stated that she fears the cap will create a cancer sanctuary. In other words, because the chemo drugs cannot reach the scalp it makes this area of the body more vulnerable to cancer if it were to spread. In fact there have been two reports of clients who contracted cancer in the scalp years after treatment while using a cooling cap.

Whether there is a direct link between the cap and the resulting cancer cannot be evidenced but it needs to be taken into account as a serious concern. 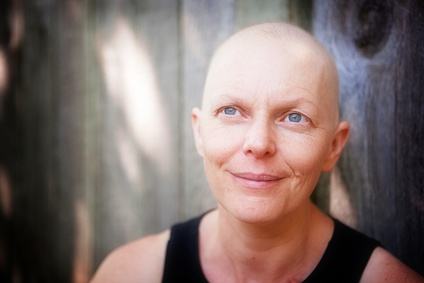 Skalp® has clinics around the world. We have clinics in New York, Los Angeles, London, Manchester, Edinburgh, Dublin, Marbella, Milan, and Amsterdam.