Why do people give redheads a bad time? 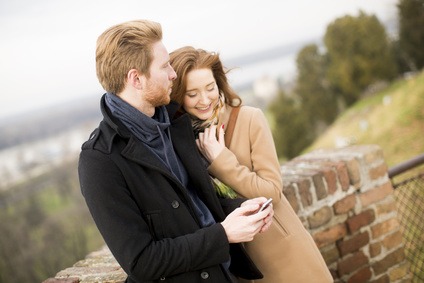 Why do people give redheads a bad time?

Ginger Ninja. Carrot top. Agent Orange. Pumpkin head. There are so many nicknames and really rather horrid insults attached to having read hair. They often start in the playground and do tend to be quite childish. Children being children, they often find pleasure in taunting the child who is that little bit different. But the strange thing with “red hair” is the aversion to it doesn’t seem to go away as we get older. It’s a little like marmite – you either love it or you hate it. It tends to evoke extreme reactions and the majority of the time those feelings are negative.

Many people find these feelings towards redheads odd, as other hair colours do not cause such extreme reactions. It is also a fact that many find red hair deeply attractive. It seems to be vital full of life, fiery and unique. So why does red hair cause such a barrage of hatred?

Well, it may well be a mixture of four things. Firstly, people tend to feel uncomfortable with anything that is different. When groups attempt to bond they find common denominators to form some kind of relationship. What makes that bond even stronger is ostracising the member of the group who is different. This in itself is a common denominator. Unfortunately for the redhead, (a recent study which took place in the US showed that only 2% of people in America have red hair) their appearance is so unique, they are likely to be the ones ostracised.

Secondly, as much as ostracising is based on fear, it is also based on envy and jealousy. There is no getting away from the fact that redheads are just as gorgeous, beautiful and attractive as anyone else, but those negative feelings are just a way for the bully to feel better about themselves.

Thirdly, red hair is often the first thing you notice about someone. So if you do need a hook to hang your insults on – well, it’s looking right at you.

The fourth reason is history and myth, which have been passed down the decades and are still inherent in all of us to a degree. For instance, Vikings were redheads – that fear at the time of the invasions in England is probably still in our psyche. Ancient Chinese civilisations believed red headed people had supernatural powers – connections with the devil here? During the time of the Spanish Inquisition redheads were accused of stealing the fires of hell and in Corsica, superstition says, if you pass a redhead, you should “spit and turnaround”!

Whatever the reason, redheads are pretty cool and if they have any sense they will realise any harmful insults hurled their way says more about the insulter than their beautiful ginger-top.

Skalp™ Micro Pigmentation offers a great service for people struggling with hair loss or who just want to join the bald fashion trend and look their very best. Trained practitioners apply pigments to the scalp so it appears as if you have a full head of hair – but cut fashionably short.