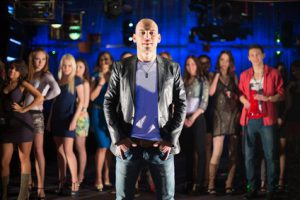 There is no doubt that the shaven head is becoming more and more popular as a fashion statement for guys. Like all great trends there is a root reason why it is taking off astronomically -and that reason of course is women.  As much as individual females will have specific tastes in hair in their perfect man there is no doubt there is something fundamental in the baldy style that really does start those eyes a poppin’ and hormones janglin’.

So why do bald guys seem to have that magnetic attraction that allows them to jump those dating hurdles effortlessly leaving the rest of us behind? Well, we have come up with some reasons why those primitive sexy messages may go unstated abut are very much triggering on turbo power:

Researcher Alfred Mannes at the University of Pennsylvania committed to a 3 part study in 2012 and published his results in “Social Psychological and Personality Science”. 60 people were shown pictures of guys with varying degrees of hair loss and they were asked to categorise them under masculinity, strength, dominance and leadership. The bald guys won hands down in all four areas! This reflects the traditional male-female bonding process.

Baldness is related to tough guys

It is no coincidence that the great Hollywood tough guys (think Yul Bryner; Telly Savalas; Bruce Willis; Matt Damon) have made a great impression on us over the years.  The fact is the idea of tough guys was already there in the first place – Hollywood just put them up on the screen and magnifies the cool look!

There is something mystical about a guy with a shaved head.  It seems to shout confidence. In most cases, the guy has probably gone through a transition themselves and feels more confident after getting rid of those thinning locks and bald spots. People see someone who has taken this giant step – coming to terms with your identity and how you look – as being courageous, strong and honest.

Or at least it is cut down a great deal. No more gels, looking in the mirror to check your hair still looks ok after being out in a breeze, no more greasing back and no more out of date hairstyles.  You don’t have to buy all those hair products anymore (which can be very attractive) which normally belong in a women’s makeup bag…nuff said…

You can be you

Most of all, you can stop pretending you have a hair problem, and just be you. All those issues that came with thinning hair such as loss of self-esteem, feeling older than you are, sitting on the margins of your social set are now gone. Women find men who can take control of their lives attractive.

So looking to take the plunge? Tired of hiding your thinning hair?  Need to learn more about Micro Pigmentation? SMP treatment at Skalp can help you feel confident and regain your hairline like the photo below.  Click here! 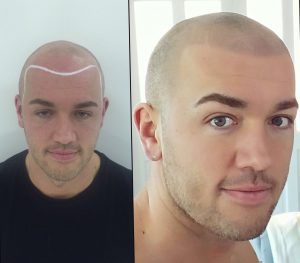