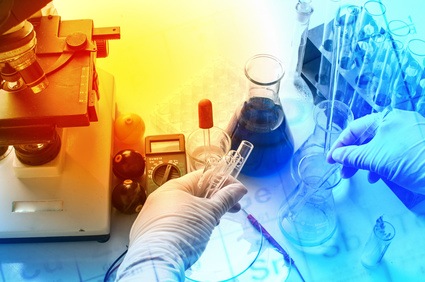 In recent years there has been a phenomenal amount of research and scientific studies focussed on creating new ways of dealing with hair loss. This is partly to do with the fact that male grooming and presentation has become so much more important, it is partly due to the fact that science continues to make great strides and advances in biological technology.

Here at Skalp, we search out those new concepts and treatments. Only last week we reported on the idea of using 3D printing to treat hair loss. Many of these new treatments are very much in their early stages of development, but the focus on thinning hair is quite clearly a concern and hopefully, investment will follow to ensure these treatments get to market.

This week there has been 2 new breakthroughs in the world of hair loss treatment. This is great news in the weeks following alopecia areata month. It is also interesting that these two new concepts are very much like each other in their origins. Both medications are already on the market and being used for other complaints.

The drug tofacitinib citrate is used in America to treat rheumatoid arthritis. Recently, researchers from Yale School of Medicine have made a statement that following their initial studies they believe the drug can also treat alopecia areata. Apparently, 66 adults with alopecia were in the study and results showed that the drug was somewhat effective in in growing hair and one third of the people in the study had more than half of scalp hair returned.

Dr Brett A. King, who led the study commented that the way the arthritis drug works is by preventing the immune system from attacking hair follicles. As yet it is uncertain whether the medication will work on male pattern baldness.

The second study reported this week was to do with a drug which is normally used to treat bone marrow disorders. In the same way as the first study, scientists believe that the medication can be used to stop hair loss in its tracks.

Dr Christiano, leading a research team at Columbia University Medical Centre, has found that the drug called reuxolitinib which is normally used for the treatment of bone marrow and blood disorders stops the attack on hair follicles in the same way that the arthritis drug does. Consequently, it can be used in the treatment of alopecia areata.

Both drugs are not available on the market yet as further tests need to take place – but the future looks good!

Scalp Micro Pigmentation offers a great service for people struggling with hair loss or who just want to join the bald fashion trend and look their very best. Trained practitioners apply pigments to the scalp so it appears as if you have a full head of hair – but cut fashionably short.