Male Celebrities Who Show Bald is the Very Cool 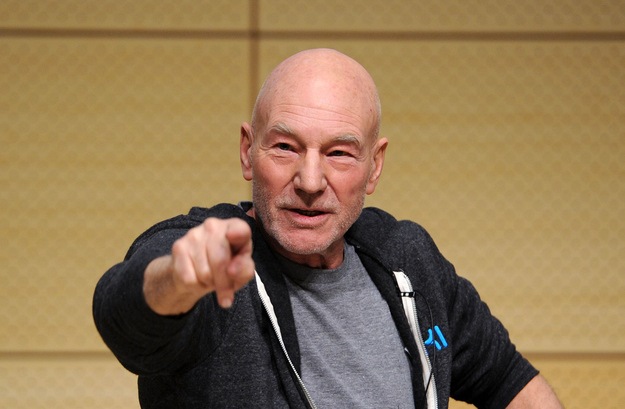 Jason Statham made bald hot and cool as he became the undisputed new action hero of the last ten years in the Two Smoking Barrels, Transporter, and Lock Stock among others. It just shows a bald head and thinning hair are not just for the rich and wimpiest but the most athletic and famous as well.

If there is anything like an original bald star it has to be Bruce Willis, whose role in the Die Hard series as the cop who is always at the wrong place at the wrong time, made being a policeman legendary. For many years he has been the inspiration for many ordinary men who have shaven their heads to look equally cool. It’s hard to pinpoint a role Willis has played with his head full of hair.

Imagining and trying to remember Patrick Stewart with a full mane could burst your scalp. From being a successful Shakespearean actor to a successful TV and film heartthrob, Stewart has one of the famous heads of the last 100 years. It was however Star Trek that made him the famous individual he is today as the remarkable Captain Jean-Luc Picard. His sophisticated and attractive demeanour will definitely outlive him in many movies, considering X-Men series would be inconceivable without the bald Stewart.

Ed Harris is as famous as his bald head. His thinning hair has never been an issue and perhaps makes him one of the hottest male bald actors of the last four decades. As he continues aging, his role with Sean Connery and Nicolas Cage in The Rock among others will always be unforgettable, as well as that rugged handsome mien of a talented actor without hair.

Wimpy and goofy-looks might not make you famous, especially with a bald head but they have worked for Stanley Tucci. He’s one of those actors whose appearances in films and on TV will be more than the hair on his head and definitely memorable, especially with his scruffy beard.

If you went to a barber and requested a “Jordan shave” he probably wouldn’t ask you “a what?” Michael Jordan, from his days in the NBA and Chicago Bulls, literary made bald cool, normal, famous and his unique trademark. Jordan is perhaps the reason sportsmen today consider bald and clean shaven scalps.

Scalp Micro pigmentation can make you get the look you want, whether it’s along the line of your favourite bald actor or just something unique and exceptional.