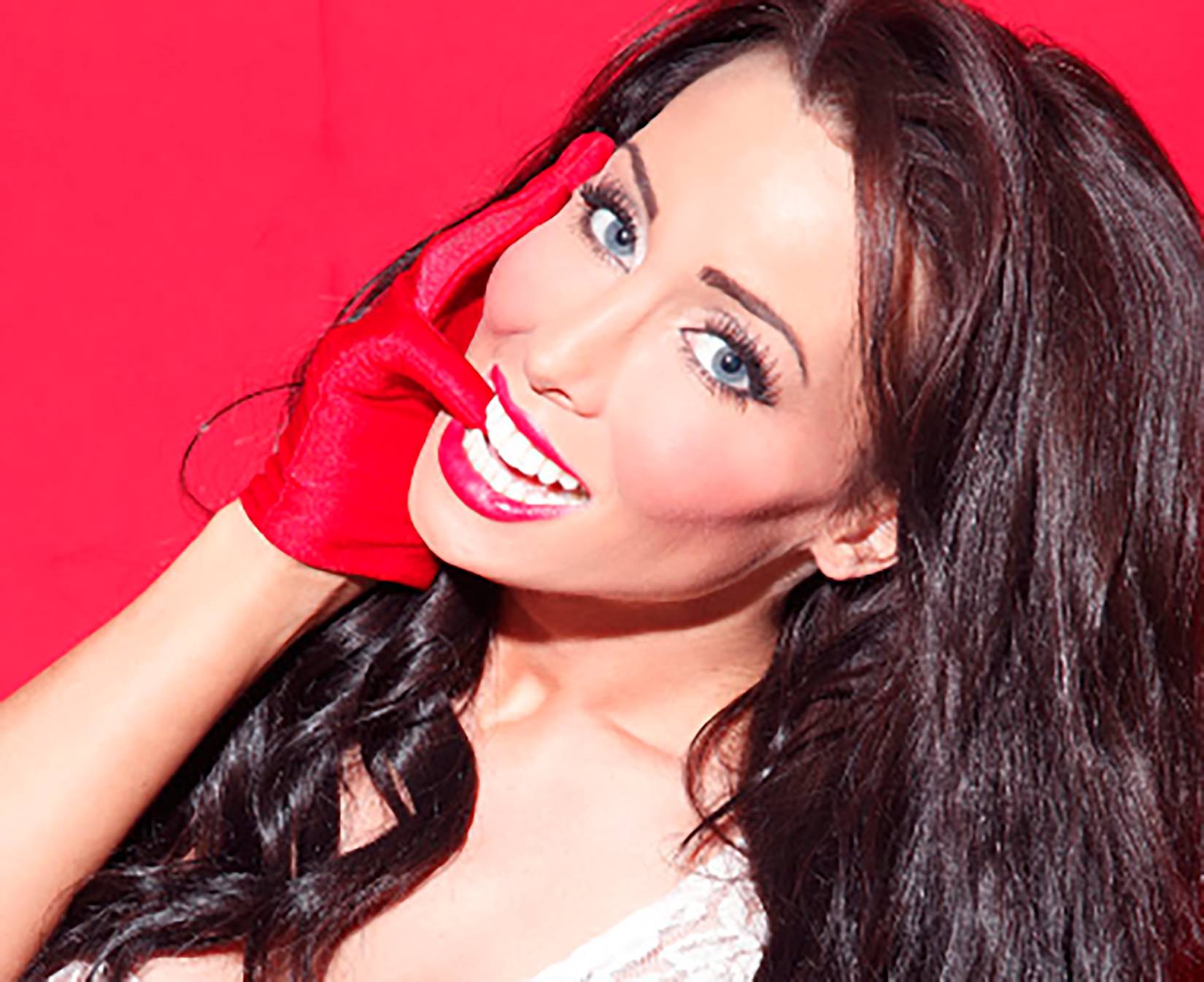 My name is Laura-Alicia and I’m a beauty queen, an event manager and model from London.

For the last 12 year I have been wearing hair extensions, and along the way I had gone to a few “dodgy” hairdressers, and my poor hair had taken the brunt of their bad work. My problem was that where they had put the hair bonds / weave so close up to my temples they had ripped out all my hair – the whole of my hairline had been pulled out. It looked like I was reseeding. For the last 3 years I had tried everything to try and fill in the “bald patches” I tried eye line, felt tip pen and even resorted to buying coloured dry shampoo BUT no solution was permanent. I was really starting to depress me and affect my work. As a full time model and beauty queen, I do quite a lot of photo shoots and was really conscious that if my hair moved slightly out of place you see the bald patches, I avoided doing photo shoots outside when it was windy and even trips abroad to shoot because of going in the water and getting wet, as my hair just sticks to your head making the patches look worse than they was.

I researched into getting hair transplants at a last resort but I wasn’t satisfied with the feedback and what I had read. When I found out about Skalp I was over the moon and that’s when I just had to book my consolation in. I wrote to a lovely lady at Skalp called Nina and she replied within minutes, answering my main questions and got me booked straight in for a consultation.

I was both excited and nervous for my first visit to Skalp for my consultation. I met my Skalp technician and his name was Jason. Being a bit of an organized perfectionist I had written down a list of questions to ask him. I am no stranger to getting beauty treatments done, so my list was very long. But he answered all of them and I was more than satisfied this was the treatment for me. Jason took some pictures of my hairline and ‘ bald patches’ and said he would send photos of ‘ before’ and ‘after’ look that would be computerized to show me what I would look like after. This was very exciting and very helpful, as its always to get a visual aid to know what the treatment would end up like. I was reassured and put at ease. I had explained in great detail about my concerns and the look I wanted to achieve.

So it was the morning of my first Treatment at Skalp and I as feeling a little nervous about what the sensation was going to feel like. I had watched videos and seen other testimonials on the Skalp just so I could reassure myself. I thought it was going to be like getting a normal tattoo, although I was told it would be a lot less pain.

On arrival Jason, who I had met in the consultation, met me. He was really friendly and reassuring. Being a surgery lover I do I have a high pain threshold, and the realisation of what I was about to get done set in.  But as soon as I sat down on the chair and we started talking I totally forgot about the pain. After we had talked everything through one more time, Jason began the micro pigmentation treatment. He drew on my hairline and where he was going to apply the treatment, after I gave him the ok! He started. At first I felt a little something, it was like having someone tap you lots of times with a tiny needle. Having had a tattoo before it was expecting it to be like that, but it wasn’t. I t was fine. I soon felt relaxed and after 20 minutes I couldn’t really feel it at all. The atmosphere was very calm and friendly. I got to take a couple of breaks and was offered regular water intervals. The TV was on in the background, which I found a great help and watched for. I looked at the clock and 3 hours had gone by in no time, it only felt like I was in the chair for an Hour. I couldn’t wait to see the results and even though I knew I would have to have at least 1 or 2 more treatments, I was delighted with what I saw in the mirror. Jason was a real perfectionist and he kept going back over it to make sure I was a 100% happy with what he had done.

It’s been a few days now and I just keep looking at my hairline and none existent bald patches. It really has made a huge difference in my confidence. My friends and family have also noticed a certain ‘spring’ in my step. I can even wear my hair up now, which I couldn’t do before. I am so happy and grateful I found SKALP they have helped me be happy again and love myself that little bit more 🙂 I’m looking forward to my next visit.

For more information on women’s hair loss check out what we have to say.