The Truth Behind Elton John’s Hair

Elton John is almost everywhere you look at the moment. His film biopic, Rocketman, has been a critical and box office success and he is currently performing his last ever tour, Farewell Yellow Brick Road, which will end in December 2020.

But away from the amazing songs and performances that have made him into one of pop’s biggest superstars over the past 40 years, the truth behind his hair has remained a mystery.

It’s something Elton has never shied away from and even features in his warts-and-all film. In the 70s it was noticeable that his hairline was starting to recede. Then, during the middle of the 80s, he suddenly gained a full head of hair. Rumours have persisted that he wears a hair system, which is likely to be true. Unless he has miraculously found a cure to hair loss that no-one else knows of. 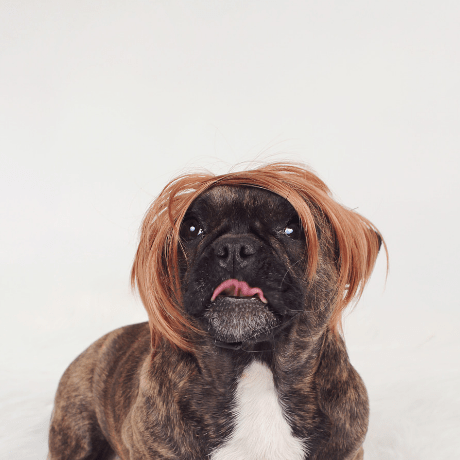 During the 70s and 80s most people knew that Elton had a drug and alcohol problem. Links between cocaine use and hair loss have existed for quite some time. The way drug use can affect your hairline is something we covered back in 2015. Combined with the consumption of too much alcohol and a bad diet, it is a recipe for disaster when it comes to your hair.

By the start of the 90s Elton was drug-free and enjoying a cleaner lifestyle. But even so, that doesn’t explain his full head of hair. During his younger years he went through a variety of crazy hairstyles to match his elaborate performances on stage. In the late-70s he even admitted to undergoing surgery on his scalp to help his hair grow.

Being in the public eye for so long means that plenty of experts have had their say on Elton John’s hair. Some surgeons have suggested his hair loss was so extensive that a hair transplant wouldn’t have given him his current look. Others said combining hair restoration with a hair system is a great way to get the best look.

Given the problems often associated with hair transplants, it is probably safe to say this wouldn’t have helped him. In many cases the transplanted hair is rarely enough to properly cover bald areas on the scalp. There are also many cases of transplanted hair falling out, wasting the patient’s money completely.

In a 2011 interview on BBC Radio 2 he mentioned he doesn’t have the head shape that would suit a bald head. He joked that he would ‘look like Shrek’. Two medications he highlighted were Propecia and Rogaine, drugs used to stimulate hair growth. Although neither can claim to be of much use to men suffering with hair loss.

Perhaps Elton had never heard of scalp micropigmentation. It would find the perfect colour to match his hair and create a perfect hairline. Regardless of the shape of his head, it looks fantastic. That’s because there are so many styles available that can be made to suit the individual. Scalp micropigmentation is certainly longer lasting and more effective than a hair transplant. Maybe one day we’ll get a call from Elton asking to find out more. 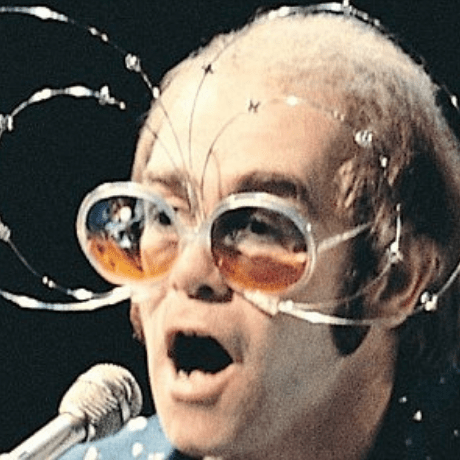 The Truth Behind Elton John’s Hair

Most recently, in Elton John’s autobiography, due to be released on October 15th, he finally reveals the harrowing truth about his hair loss journey.

His story shows just how powerful a hair loss insecurity can be, and how you can spend almost an entire lifetime letting it control you. Elton used transplants, wigs, a weave and hats to hide his hair loss from the world. If only scalp micropigmentation was around at that time, perhaps he would have a different story to tell.

In an article on the daily mail, Elton John states he had, in fact, two failed hair transplants in the late 1970s by a Doctor in Paris.

“..It wasn’t a simple procedure at all. It went on for five hours. I had it done twice, and both times hurt like hell. “

At Skalp®, we can relate to this story as it is one we hear from our clients time after time. Hair transplants fill you with confidence and hope when the truth is results are always devastatingly disappointing. In Elton’s case, he puts the failed hair transplant to either his use of drugs at the time or failing to follow the aftercare correctly, admitting he wore a hat constantly during the downtime after the procedure. But, the unspoken truth is, the success rate of hair transplants is really low. 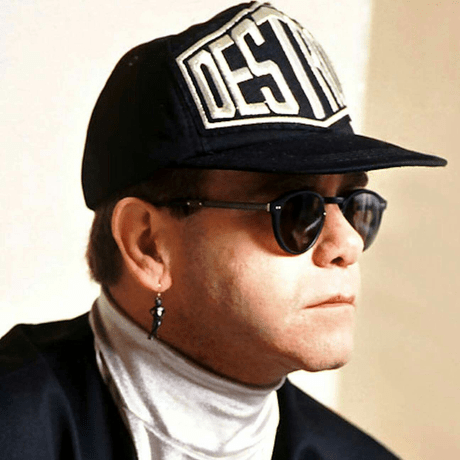 Elton wore hats for 10 years to hide his hair loss.

Having given up on transplants, Elton resulted in using hats to hide his hair loss from the public and the paparazzi.

“I kept my hat on more or less permanently for the next decade”.

Sadly, this sounds familiar also, and it is more common than you would imagine. Understandably, using hats to hide hair loss is an easy solution, but doesn’t solve the problem. Hiding hair loss with a hat can cause anxiety, stress and even depression. Elton wore hats for 10 years to hide his hair loss.

Why Scalp Micropigmentation Is a Better Option

We promote Scalp Micropigmentation as the ultimate solution to hair loss simply because it ticks all the boxes and solves all the problems that come with the insecurity.

John Travolta Goes Bald & So Can You