Is Hair Loss A Barrier To Success?

Is Hair Loss A Barrier To Success?

Hair loss perpetuates more mistruths than almost any other condition. One of the most common is that lack of hair equals a lack of virility or even success. It’s a subconscious reason why so many men worry about going bald. It was once thought that a lower count of testosterone would lead to hair loss. This is something we now know is scientific nonsense yet the myth still persists.

Masculinity is often linked to strength and athletic ability. So, we thought it would be a good time to remind you of some of the best ever athletes that have suffered from hair loss. Demonstrating that what’s on top of your head has no bearing on what you can achieve.

One of the best tennis players to ever play the game? Check. Adored and loved by millions of female admirers around the world? Check. Losing his hair faster than he looks like losing at the French Open each year? Most definitely. This is what happens when baldness and sexiness come together into amazing athlete.

Ever wondered why that baseball cap always seems to be stuck to the top of his head? One look at Tiger without a hat will tell you why. Ok, it may also have something to do with marketing a certain athletic brand too. But let’s not talk about that. How people have seen a bald tiger before? He’s another example of how losing your hair has no effect at all on ability.

Once upon a time he was scoring goals for fun at Tottenham. Then he succeeded Ronaldo as the most expensive football player in history (which is now long forgotten thanks to Neymar). Now he’s a superstar at Real Madrid winning Champions League medals. If you’ve ever wondered why he sticks with his man-bun, hair loss is the answer.

had been waiting for. He shaved his hair. Not that his hair loss ever got in the way of his ability. He’s one of the best ever players to play in the NBA. Some people even say THE best in history of basketball. Either way, what a player.

Unbeatable on the track for years before his retirement. Off the track, not so much. Hair loss was beating him hands down. But it was an ingenious move to shave it all off. As soon as the hair was gone, the medals started to come. Now you know what do if you can never quite catch that bus you are always running for.

Ever asked asked yourself: “Should I shave my head?” or heard about head tattoos and hairline micropigmentation? Pop into our New York, London, Manchester or Edinburgh hair clinic to find our more about a scalp hairline tattoo.

Skalp® is one of the leading hair loss clinics in the world with  experts in SMP in the following cities, London, New York, Los Angeles, Manchester, Edinburgh, Dublin, Milan, Marbella, and Amsterdam. 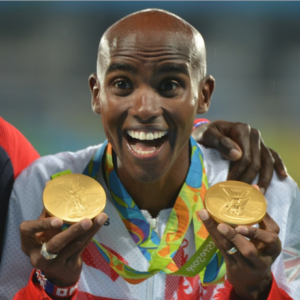