How to combat a receding hairline. Why is my hairline uneven? 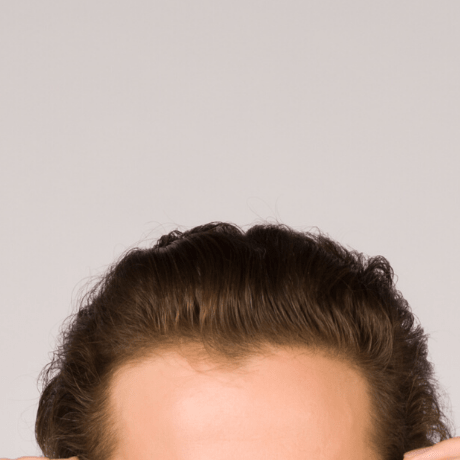 Do you have an uneven hairline? There are a number of reasons why your hairline may start to recede. However, it is far from uncommon in men – and most hairlines naturally start to recede slightly from your teenage years onwards. But it can still create some worry about hair loss, even though in reality it is simply just part of growing older. To try and ease some concerns we’ll explain why your hairline may be uneven and possible solutions.

What causes an uneven hairline?

The outside edges of your hairline is made up of a line of hair follicles. The reason why you may have an uneven hairline is because one side has more than the other. This can be because of:

Is an uneven hairline a sign of receding hairline?

As mentioned above, an uneven hairline may be an early sign of hair loss. But it could also be the natural movement of a maturing hairline. As men grow older, their hairline naturally starts to change. It either starts to push back slightly or begins to look uneven. The hairline is likely to sit higher up and be less defined than it was during your teenage years.

Does a bad hairline mean balding?

Taking the above into account, if you notice your hairline is more mature, you shouldn’t immediately be concerned that you are losing your hair. Male pattern baldness tends to show itself with thinning hair around the crown. Or sometimes with a prominent M-shape where follicle shafts start to reduce in size.

A maturing hairline will move about 1cm above a teenage hairline. It will shift even further if you are experiencing male pattern baldness, which looks more pronounced around the temple area.

What can be done for a bad hairline?

If you are suffering from hair loss that has created a bad, patchy or uneven hairline there is something you can do to help.

Skalp’s non-surgical micropigmentation treatment offers the perfect solution. It allows you to reshape your hairline from scratch if needed.

We apply natural pigments to the surface of the scalp to recreate the appearance of hair. Whether you just need the hairline, or other areas of the scalp treated, our team of expert practitioners are available to help.

You can arrange to visit one of our clinics to experience a free consultation. There you can also receive a free virtual hairline mock-up to see how the treatment could look once completed.

Find out more about how our service by arranging a free consultation. Send us a message here

Receding Hairline In Your 20’s?