How TO Reduce DHT Naturally For Hair Growth

How to reduce DHT naturally

Dihydrotestosterone, more commonly known by its abbreviation DHT, is a sex hormone and modified form of testosterone. It is believed to play a major role in the onset of male and female pattern baldness. This takes place when the individual has a certain sensitivity to the steroid with which it is synthesised from testosterone. If you have not read our 1st post on “DHT’s Role In Baldness” read here first to understand why DHT is so important when it comes to hair loss.

DHT blocks essential nutrients from reaching your hair follicles. This causes them to degrade and shrink. Eventually, the hair just stops growing which is why it’s so important to know how to reduce DHT naturally.

There are a number of routes you can take to treat hair loss related to DHT. Some people choose to take medications such as Minoxidil or Propecia which traditionally tackle hair loss. However, these DHT blockers can have persistent side effects such as low libido and depression, and may not be suitable for long-term use. In addition, the medication is only effective for as long as you take it which may not prove feasible.

We prefer a more natural route that considers treating the issue internally as well as externally to cover all bases. So, to answer the question how to reduce DHT naturally; Eating a balanced diet with plenty of fruit, vegetables, vitamins and minerals is essential to optimise your hair and scalp health.

In addition, there are a number of foods you can eat that will enhance your nutrient intake and block DHT by inhibiting the enzyme 5 alpha reductase. This is the enzyme that is responsible for converting testosterone into dihydrotestosterone – its most active form. By slowing down the action of the enzyme, you are essentially stopping the process before it has begun for best results. 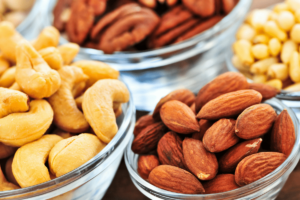 These natural DHT inhibitors should be woven into your diet: While the above list covers food sources that are specifically focused on reducing DHT production, it is essential to follow a balanced diet for best results. This should include plenty of biotin-rich foods. Biotin is a water-soluble B vitamin found in berries, bananas, legumes, liver, peanuts and oily fish. It conditions skin and scalp to strengthen hair and create an overall healthy environment. Vitamin A from carrots, pumpkins or sweet potatoes is also a good food source to maintain strong, healthy hair. For an easy way to incorporate hair-friendly foods into your diet, try making a morning smoothie. Berries are very good to promote natural hair growth and increase strength. When hair loss is an issue, it’s also advisable to avoid any foods that increase blood sugar as this can effectively increase DHT levels. Foods to steer clear of include white bread, white rice, fizzy drinks and fast food. 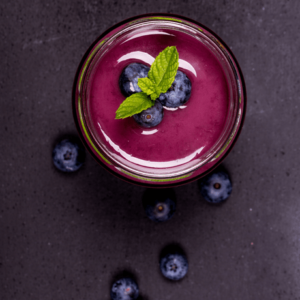 What about Herbal DHT blockers?

When you consider natural DHT blockers, the herbal route is another effective one to take. We’ve already mentioned pumpkin seed oil (above) which is considered to be very effective. Saw palmetto is another highly regarded herbal DHT blocker. It works as an effective anti-androgen to block the enzyme 5 alpha-reductase and reduce DHT levels. It has been the subject of numerous studies with some researchers of the belief that it is just as effective as prescription drug finasteride at inhibiting the 5 alpha-reductase enzymes.

Pygeum bark is another herbal DHT blocker. It includes phytosterols to inhibit the production of DHT. It reduces the number of sites where the DHT can attach and reduces the number of hair follicles where DHT could potentially bind. Many people choose to combine pygeum with saw palmetto for best results.

A more standard herbal DHT blocker comes in the form of green tea. This powerful antioxidant contains naturally occurring compounds (epicatechin-3-gallate and epigallocatechin-3-gallate) that block the formation of DHT and reduce its concentration. The tea should be effective in tea form or as a pill extract to prevent hair loss and encourage natural hair growth. 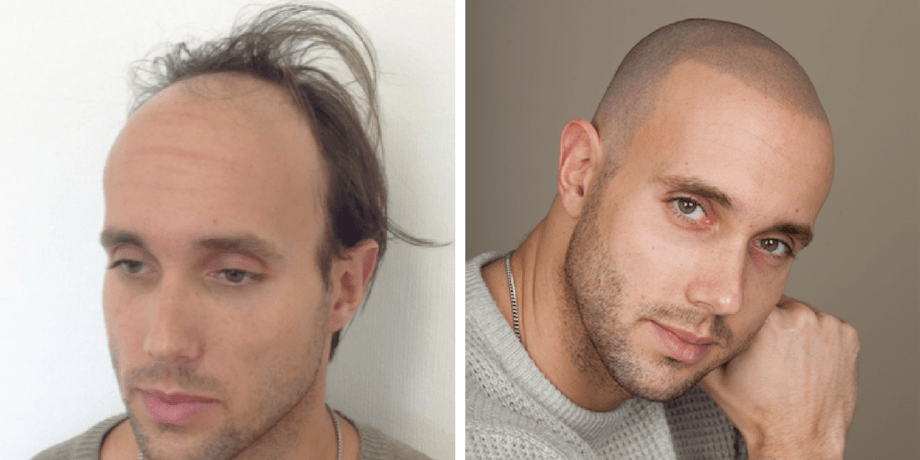 If you want to go down a more “powerful” route to block DHT then scalp micropigmentation is well worth considering. It’s a non-surgical hair restoration alternative that uses natural pigments and applies them to the epidermal level of the scalp. This replicates the natural appearance of your real hair with specifically chosen shades to blend in with a realistic finish.

We recommend examining all of your options because every hair loss case is individual. The best treatment for you depends on your personal preferences as well as medical history and other key factors. For more information, contact our team at Skalp today. We have years of experience treating hair loss of all types and degrees and are confident that we can help you.

The Best Haircuts For Balding Men

Can you Prevent Male Pattern Baldness