Some people think and have the assumption bald actors are unlikely to get the best/leading roles in the big Hollywood blockbusters. Here are our top 3 all suffering from male pattern baldness and would look great with a scalp micro pigmentation.

The main man from Scotland best known for his role as James Bond, not a lot of people know he wore a hair piece in the James Bond movies as he was already suffering from a receding hairline. In 88 he won an Oscar for his role in The Untouchables. Many women find Sir Connery very sexy. Just imagine how handsome he would look after a treatment at Skalp.

My girlfriend loves Jason, born in London. His profession started as a competition diver, later being a well known actor. He has had some great roles, best known in Lock Stock and Two Smoking Barrels directed by Guy Ritchie. Even while suffering from male pattern baldness, Jason has dated some beautiful women including my all time favourite Kelly Brook. In a film called Revolver he wore a hairpiece. Again I think Jason would look fantastic with a scalp tattoo. 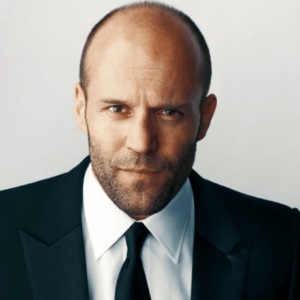 Bruce Willis first arrived on British screens in a TV series called Moonlighting; in that show he had a receding hairline and male pattern baldness. Rumour has it he rubbed black make up on his scalp to cover up his thinning hair. He is best known for his role as Jon McClane in the Die Hard series. The original Die Hard was one of the all time action adventures and he looked great with his balding head, playing the hero. My personal favourite was his role in Pulp Fiction, this was the first time he embraced his male pattern baldness and seemed proud to show off his bald head.