The Try Guys Video “Microblading My Scalp For Balding” 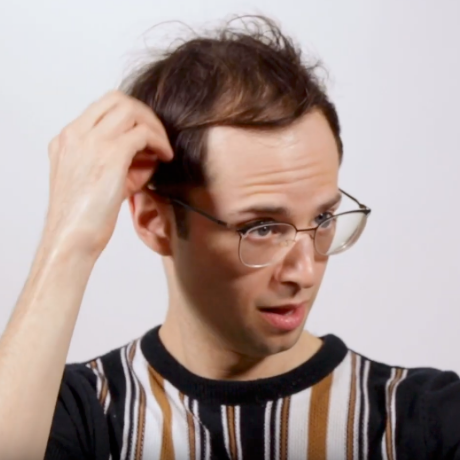 If you are loosing your hair you will have heard of the Try Guys Hair Surgery Video. When working for Buzzfeed back in 2014, The Try Guys were formed by Ned Fulmer, Eugene Lee Yang, Keith Habersberger and Zach Kornfeld. They have since gone onto set up their own company given the staggering success of their YouTube channel. With over 6 million subscribers and over 2 billion views, they are one of the most popular channels around at the moment.

Recently, Zach Kornfield received a scalp camo treatment and robotic hair restoration surgery as part of his quest to solve his hair loss issue. At 29-years-old it proves that hair loss isn’t just something that middle-aged men have to deal with.

You can see part one of the series on The Try Guys youtube channel here:

Zach visited the Barber Surgeons Guild in West Hollywood to see what kind of hair restoration services they could offer. Their first service is something they call ‘scalp camouflage’. This is essentially the same as scalp micropigmentation. Zach received a hair tattoo to provide more density so the hair doesn’t look so thin.

He chooses to use a numbing agent (laughing gas) so he didn’t have to feel anything during the procedure. However, this is not a requirement that shouldn’t for this type of treatment as there is no pain involved.

After just one session, The Try Guys star Zach’s hair already looked much thicker. It meant he had more freedom in terms of styling his hair and more confidence in how he looked.

One of Zach’s biggest issues with his hair loss was his receding hairline. The Barber Surgeons Guild told him that undergoing robotic hair restoration surgery would help restore it.

The first step involved shaving his hair to prepare for the surgery. While Zack doesn’t receive a full buzz cut across the entire head, you can instantly see that with shorter he already looks much better. 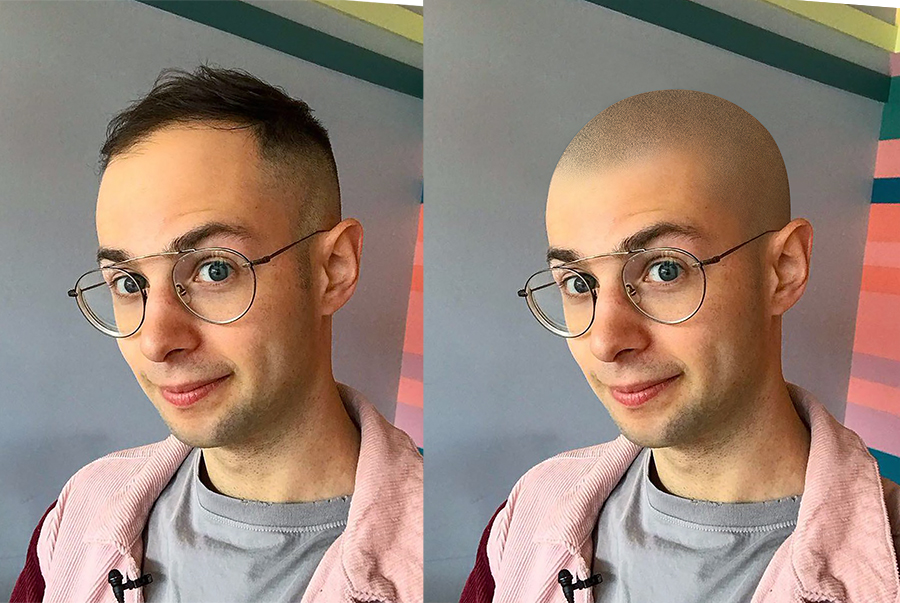 Rather than undergoing surgery, with further scalp micropigmentation, a hairline tattoo would add to the density. But unfortunately, Zach decides to proceed.

Part two in the series is where it really goes downhill, you can watch the full video here:

Zach takes some nitrous oxide as a pain-relieving agent and they apply a numbing agent to the scalp before the procedure can begin. Zach says he feels pretty ‘high’ once he’s taken the nitrous oxide – it’s not the most reassuring feeling to give new customers worried about their hair.

The robot then ‘harvests’ the hair which removes it from the back of the head. Having an artificial intelligence-led robot remove hair from your head looks pretty scary. Not only does it look extremely evasive but your head is also at its mercy if it malfunctions.

They then mix the hairs into an ATP solution which is supposed to increase its lifespan. Each hair is manually put into the new hair pores that were created earlier. They then inject a selection of Zach’s into his scalp to help it grow. 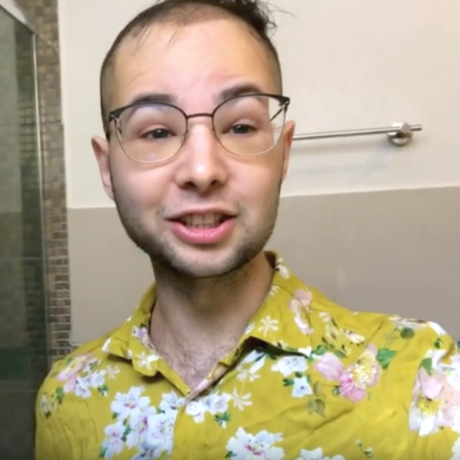 The Barber Surgeons Guild say it takes one year to see the full results. However, after a few days, Zach’s face started to puff up. His face became much rounder and as it continued to swell he struggled to sleep. It also made him extremely self-conscious out in public. This lasted for a full week.

The robotic procedure is essentially the same as a Follicular Unit Extraction (FUE) which removes hairs and repositions them on the scalp. What the video also can’t show is how the hair will look in 12 months. This gives no reassurance to customers who have to wait a whole year and hope it all works out.

Anyone using this system is taking a huge risk. Despite the fancy technology, it is no different from other unsuccessful procedures that have been available for years.

The scalp micropigmentation made an instant change to Zach’s appearance. Unfortunately, he decided to go for the robotic surgery which is no doubt extremely expensive and unlikely to give him the results he hopes for.

The Truth Behind Elton Johns Hair

5 Celebrity Hair Transplants In The News